The study provides evidence that an elimination diet based on Alcat Test results improves symptoms in 66% of patients.

Presented at the 30th Congress of the European Academy of Allergy and Clinical Immunology, 11-15 June 2011 – Istanbul, Turkey

Specific foods can induce cutaneous reactions, including allergies that involve an abnormal immunologic reaction to food proteins or food intolerance which is not immunological in nature.

Aim of the Study

Clinical evaluation was also performed considering the symptom score before and after the diet (0-10), everyday conditioning (0-10), dietary changes (0-10), improvement symptoms after diet (1=nothing; 2=mild; 3=very important).

The Alcat Test electronically measures volumetric shifts in blood cells following incubation with food antigens. The degree of reactivity was determined by comparing a baseline distribution curve against the distribution curve generated by the analysis of each test agent/blood sample and calculating the absolute differences between curves and the standard deviation (SD). Any reactivity under 2 SD was considered non-reactive and these foods were allowed in diet.

Quantitative parameters were reported as medians (md) and 1st-3rd quartiles (IQR). The Wilcoxon and the Kruskal-Wallis test were performed. A p-value?0.05 was considered statistically significant. 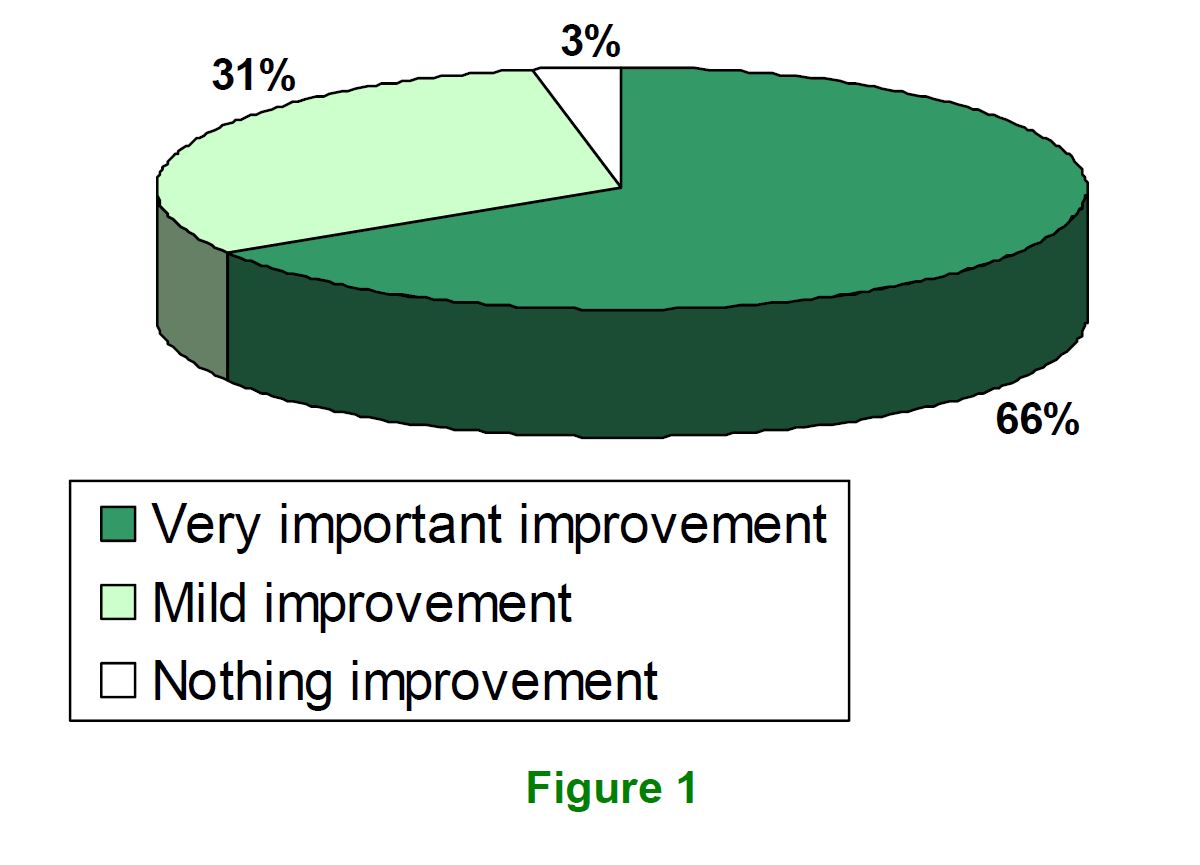 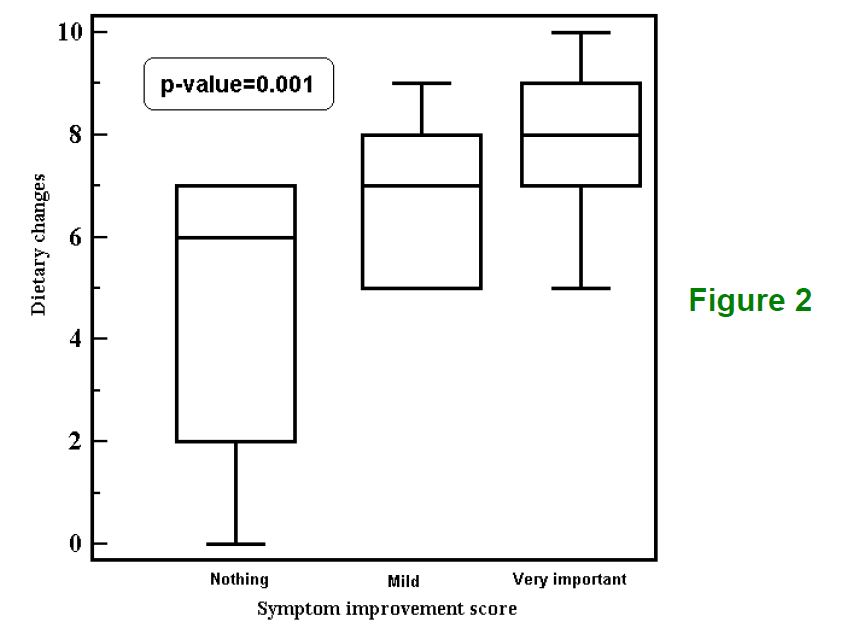 66% of patients exhibited a very important improvement in symptoms, 31% mild improvement and 3% no change (Figure 1). 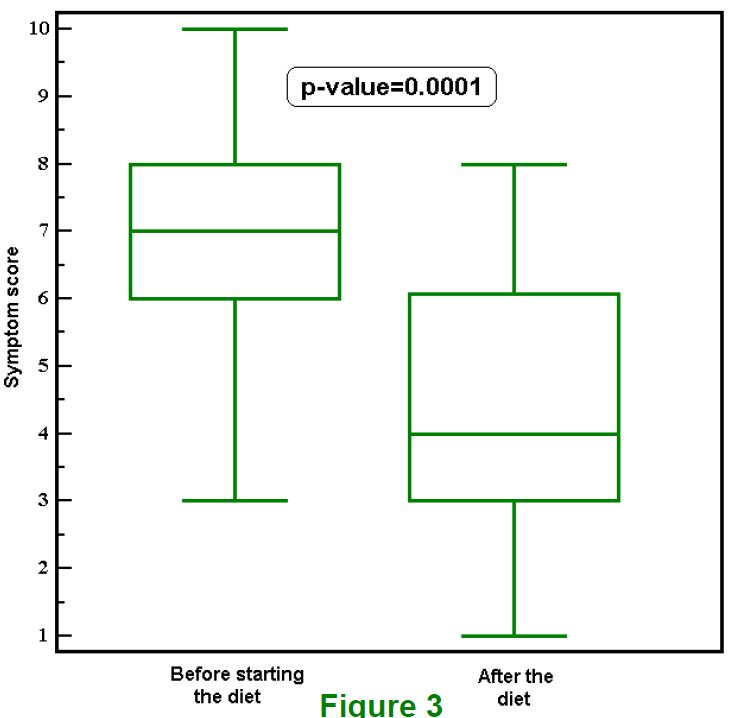 The study provides evidence that an elimination diet based on Alcat Test results improves symptoms in 66% of patients. Mild improvements should be considered the result of patient subjectivity (placebo effect) and the benefits resulting from proper nutrition. In conclusion, we demonstrate the beneficial role of Alcat Test.