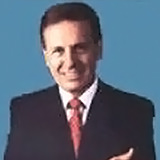 Dr. Joseph A. Bellanti, a native of Buffalo New York, received his M.D. degree from the University of Buffalo in 1958. Following completion of an internship and residency at the Children's Hospital of Buffalo in 1961, he received post-doctoral training in developmental immunology at the University of Florida School of Medicine , Gainesville, Florida in 1961-62 and later continued his studies as a research virologist at Walter Reed Army Institute of Research, Washington, DC in 1962-65. In 1963, he joined the faculty of Georgetown University School of Medicine as Assistant Professor of Pediatrics and Microbiology, where he rose to his current position of Professor of Pediatrics and Microbiology – Immunology in 1970.

Soon after arriving at Georgetown, he realized that his goal of generating new knowledge in immunology and translating it to clinical use would require adopting a multi-disciplinary approach to immunology that would involve a horizontal matrix including both basic and clinical investigators, allied health professionals, statisticians, and health educators and the public. Accordingly, in 1975 he established and became the Director of the International Center for Interdisciplinary Studies of Immunology at Georgetown University Medical Center and later Director of the Division of Allergy-Immunology, Department of Pediatrics and the Division of Virology and Immunology in the Department of Laboratory Medicine of Georgetown University Hospital, positions he currently holds as consultant. The location of ICISI in the nation's capital has enhanced its international perspective; students, physicians, and scientists from all over the world are invited to study there.

Dr Bellanti has focused a major investigative effort on antimicrobial research, evaluation of new vaccine strategies and developmental immunology. Together with other investigators, he has studied antibody and phagocytic cell function in the newborn human and in experimental model systems. He and his colleagues described the antiviral activity of the secretory IgA system in respiratory secretions and later cellular responses to viral infections following immunization or natural infection. A major collaborative effort with Mexican colleagues is being directed to the study of protective immune responses to measles vaccine administration via the nasal route, a technique originally developed by Dr Albert B. Sabin, one of Dr Bellanti’s scientific teachers.

He is past-president of the Society for Pediatric research (1980), InterAsma (1987-90), the American College of Allergy, Asthma & Immunology (ACAAI, 1991-92), and Association of Medical laboratory Immunologists (AMLI, 1992-93). Frequently, he lectures abroad in Europe and South America, sometimes in fluent Spanish or Italian. Dr Bellanti is the recipient of numerous honors and awards including the E. Mead Johnson Award for excellence in pediatric research (1970) the Outstanding Educators of America Award” of the William Peck Society (1972), from the American College of Allergy and Immunology; the Humanitarian Award for "excellence and service and teaching of clinical immunology in 1974, and the Distinguished Fellow Award in 1981. In 1998 he received the Distinguished Medical Alumnus Award from the State University of Buffalo, Buffalo, New York. He is also the recipient of two honorary degrees; Honoris causa degrees from the University of Palermo (1992) and Georgetown University (2002).

Dr. Bellanti has published more than 400 scientific articles and abstracts, as well as numerous textbook chapters and his widely acclaimed textbook in immunology which is in its fourth edition. He was editor in chief of Pediatric Research from 1975 to 1983, editor-in-chief of Annals of Allergy from 1982 to 1990 and currently editor-in-chief Allergy, Asthma Proceedings (2004- present). 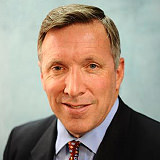 Dr. Robert Darling is a founding principal and Chief Medical Officer for Patronus Medical Corporation, a company delivering executive medical care and personalized wellness solutions to patients in virtually any location in the world using advanced telemedicine and other cutting-edge technologies. In 1996, Dr. Darling became the first board-certified emergency medicine physician to serve the President of the United States as White House Physician. Dr. Darling served President Clinton, Vice President Gore, their families, and other presidential support units at the White House, Camp David, various classified emergency relocation facilities, and aboard executive aircraft including Air Force One and Marine One. He also provided primary care, emergency care and protective medical support services in more than 40 countries with no advanced medical care. Dr. Darling played a key role in developing Top Secret emergency contingency plans bearing constitutional impact, countering the greatest threats to the continuity of the presidency. After completing his tour as White House Physician, Dr. Darling served as emergency physician, flight surgeon, and Director of the Aeromedical Isolation Team (AIT) for the Operational Medicine Division of the U.S. Army Medical Research Institute of Infectious Diseases (USAMRIID), Fort Detrick, Maryland. In the latter role, he specialized in mitigating the medical consequences of biological weapons and bioterrorism.

Dr. Darling has also served as the Director of the Navy Medicine Office of Homeland Security, in the office of the Navy Surgeon General where he guided Navy Medicine in preparing for the medical and public health consequences of natural and man-made disasters in hospitals and clinics throughout the world.

CAPTAIN Darling retired from the Navy in 2006, after 25 years of service to the nation. He was then named Director of the Center for Disaster and Humanitarian Assistance Medicine (CDHAM) where he led healthcare reconstruction efforts in Afghanistan, prepared for pandemic influenza outbreaks, conducted HIV/AIDS educational programs in the Caribbean and South America, and prepared for and responded to humanitarian disasters worldwide.

In addition to Dr. Darling’s current work with Patronus Medical Corporation, he serves as Medical Director for of the National Academy of Future Physicians and Medical Scientists and Medical Director for Lead Health. He is an Adjunct Assistant Professor of Military and Emergency Medicine at the Uniformed Services University of the Health Sciences (USUHS) in Bethesda, Maryland and an Instructor in Executive and Protective Medicine at the Beth Israel Deaconess Medical Center, Fellowship in Disaster Medicine at the Harvard Humanitarian Initiative at Harvard Medical School.

Dr. Darling holds a Bachelor of Science degree in Biology with honors from Adelphi University and a Doctor of Medicine (MD) degree from the USUHS. He completed his transitional internship at the National Naval Medical Center in Bethesda, Maryland and his residency in emergency medicine at the Naval Medical Center in San Diego. He served as Carrier Air Wing Eight (CVW-8) Flight Surgeon aboard the aircraft carrier USS THEODORE ROOSEVELT (CVN- 71) and was back seat qualified in both the F14 and A6 tactical jets. He has been published in numerous professional journals and has lectured around the world. He is Associate Editor of Ciottone’s Disaster Medicine, Elsevier-Mosby, 2nd Edition. He is a member of the Institute for Functional Medicine and is enrolled in their certification program. He is also enrolled in Stanford University’s Genetics and Genomics Course and is a member of the American Telemedicine Association and the American College of Lifestyle Medicine. 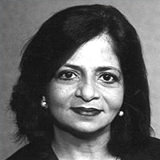 Dr. Wahida Karmally is Director of Nutrition in the Irving Institute for Clinical and Translational Research; Associate Research Scientist and Lecturer in Dentistry at Columbia University in New York, where she also teaches in the medical and dental schools and the Institute of Human Nutrition.

She served a 3 year term (2008-2010) as a director on the Board of Directors for the American Diabetes Association and has served on their Professional Practice Committee (2008-2009) and the Scientific and Medical Programs Oversight Committee (2010),and was appointed to the Scientific Sessions Planning Committee ( 2011-2012) and the Board Development Committee (2011-2015). Dr. Karmally serves on the Board of Directors for the Accreditation Council for Clinical Lipidology (ACCL) and served on the board of the Northeast Lipid Association for two terms.

Dr. Karmally earned her doctor of public health in Health Policy and Management from the Columbia University Mailman School of Public Health. She is a Certified Diabetes Educator and Diplomate of the ACCL (Clinical Lipid Specialist) and is recognized as a Fellow of the National Lipid Association. She is a member of the nutrition advisory and dietetic internship selection committees of New York Presbyterian Hospital and the Institute of Human Nutrition MS curriculum review committee. She served on the Professional Development Committee of the Academy of Nutrition and Dietetics (2012-2015). This includes planning FNCE sessions.

She has written 12 book chapters and published in peer-reviewed journals and for the lay public.

Dr. Karmally received NIH-GCRC Program National Association of GCRC Bionutritionists. Many Years of Service Award in 2007, was invited as the New Millennium Distinguished Visiting Scholar.2007 by Columbia University’s, School of Social Work and received the Academy of Nutrition and Dietetics’s 2012 Excellence in Practice – Dietetic Research Award. 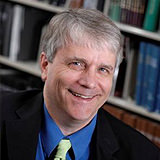 Dr. Robert Sheeler is a Family Medicine physician who is also boarded and certified as a headache specialist and specialist in Integrative and Functional Medicine. He spent over 20 years at Mayo Clinic serving in numerous roles including serving as the Medical Editor of the Mayo Clinic Health Letter, Clinical Practice Chair of the Department of Family Medicine, Director of Urgent Care, Chair of the Mayo Foundation NeuroPsychiatric Medication Task Force. He has taught and developed curriculum extensively in the medical school where he served as the Family Medicine Clerkship director for the last decade. He has broad-ranging interests in traditional and integrative medicine including headache, asthma and cardiovascular disease. He is an Associate Professor Emeritus at Mayo Medical School. He is currently in private practice in Scottsdale, Arizona. 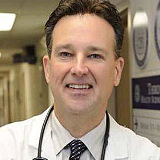 Dr. David M. Brady has 25-years of experience as an integrative practitioner and over 21 years in health sciences academia. He is a licensed naturopathic physician in Connecticut and Vermont, a board certified clinical nutritionist, and completed his initial clinical training as a doctor of chiropractic. He currently serves as the Vice President for Health Sciences, Director of the Human Nutrition Institute, and Associate Professor of Clinical Sciences at the University of Bridgeport in Connecticut. He maintains a private practice, Whole Body Medicine, in Fairfield, CT. Dr. Brady is also an expert consultant to the professional nutraceutical & nutritional supplement and clinical medical laboratory industries. He is an internationally sought-after presenter on nutritional, functional and integrative medicine. He has appeared on the speaking panel of some of the largest and most prestigious conferences in the field including; IFM, ACAM, A4M, IHS, AANP and many more. Dr. Brady has published a multitude of peer-reviewed scientific papers and textbooks related to chronic pain, autoimmunity and functional gastroenterology and is a featured contributing author in the medical textbooks; Advancing Medicine with Food and Nutrients-2nd Ed. (edited by Kohlstadt I-Johns Hopkins Univ.), Integrative Gastroenterology (edited by Mullin G-Johns Hopkins Hospital) and Laboratory Evaluations for Integrative and Functional Medicine -2nd Ed. (edited by Bralley & Lord). His latest popular book, The Fibro-Fix, was published by Rodale and released July of 2016 and coincided with his hosting of the popular online Fibro-Fix Summit in June of 2016 with over 30,000 attendees.